Sonando was founded in 1990 by Fred Hoadley and Lary Barilleau to explore new directions in the blending of Afro-Cuban rhythms and Jazz. For over a decade, Sonando has performed original Latin Jazz at festivals, clubs & concerts throughout the Northwest. Their first two recordings, Sonando (1995) & La Rumba Esta Buena (1998), received airplay and critical acclaim throughout the country. Their third, Sonando Tres, was released May 16, 2006 on the Origin Arts label, and is currently being aired around the country. 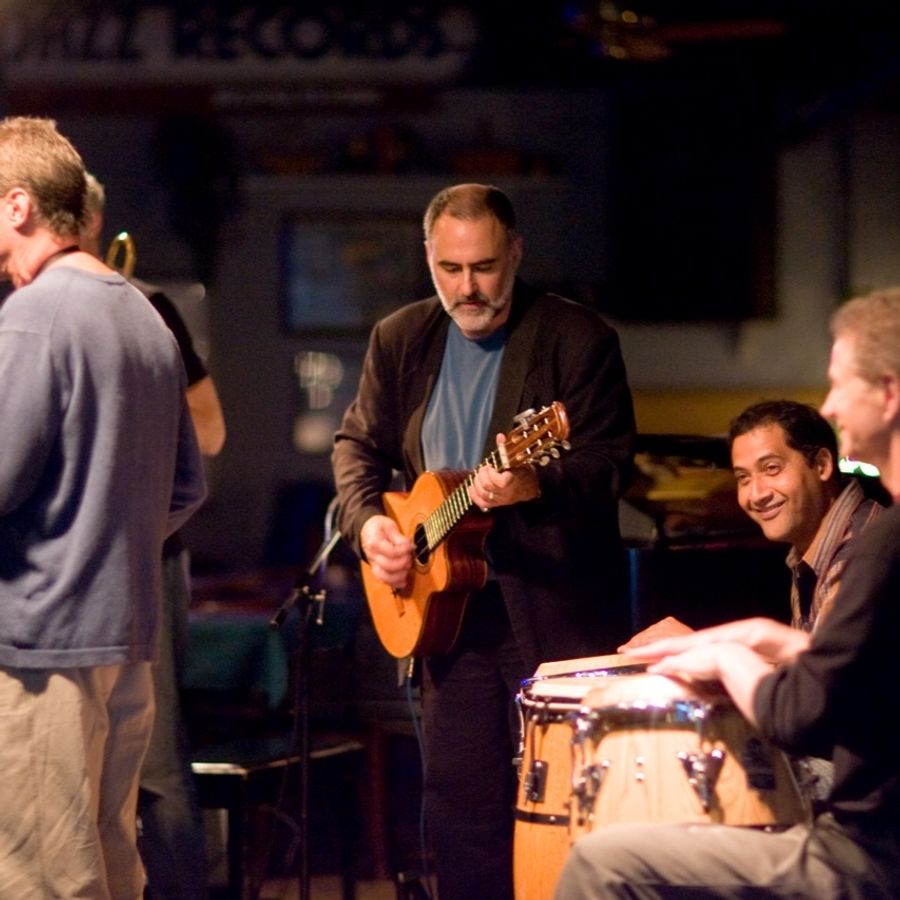