Originally from Australia, Blake Noble returns to Bellevue with his truly unique blend of instrumental roots/rock with glimpses of blues, folk, and funk. A multi Instrumentalist, Blake combines 'Percussive Fingerstyle' guitar chops (think Andy Mckee meets John Butler), simultaneously with the deep drone of the ancient Australian Didgeridoo. Blake has continuously wowed crowds here in the PNW over the last decade, and across the world with tours in Australia, New Zealand, Canada, France, Spain, Belgium, The Netherlands and Germany. This Aussie has shared the stage with the likes of The John Butler Trio, Mike Love, Jon Gomm, John Popper, Alan White, Lee Oskar, and many more. Blake will be performing with his full band, consisting of incredible local musicians: Matt Teske - Pedal Steel/Guitar, Joel Hoyer - Bass, Chris Lucier - Drums, making this a unique and high energy set that you don't want to miss.

"Noble’s unique percussive guitar style picks up where long lost legend Michael Hedges left off; but don’t be fooled this is not “New Age” music, rather a funk, rock, jazz, world music fusion for this century."
- nodepression.com - the Roots Music Authority

"His music at times seems to tell stories that most bands and musicians can’t convey on their best days."
- Backbeat Seattle

“The term ‘percussive guitar’ isn’t really strong enough for what Blake Noble does. ... But since ‘attack guitar’ isn’t really a recognized genre and you’ve got to call it something, ‘percussive guitar’ will have to do. But this is not a guy doing a bit of strumming while keeping rhythm by hitting the guitar with his thumb. This is a guy playing his guitar like a drum-kit, and it sounds fantastic.”
- Pat Muir, On Magazine

"...he weaves funk , blues and rock into songs, devouring influences for fuel. Blake plays the whole damn guitar too, bending notes until you're sure a string will pop, tapping, hammering on, and bending the fretboard until you're sure the neck will crack, and relentlessly drumming on the body of his guitar. Blake's music has that good kind of unrefined, though, there is a subsistence—it surrounds you with sounds and knocks you down."
- Sean Jewell, The Seattle Stranger 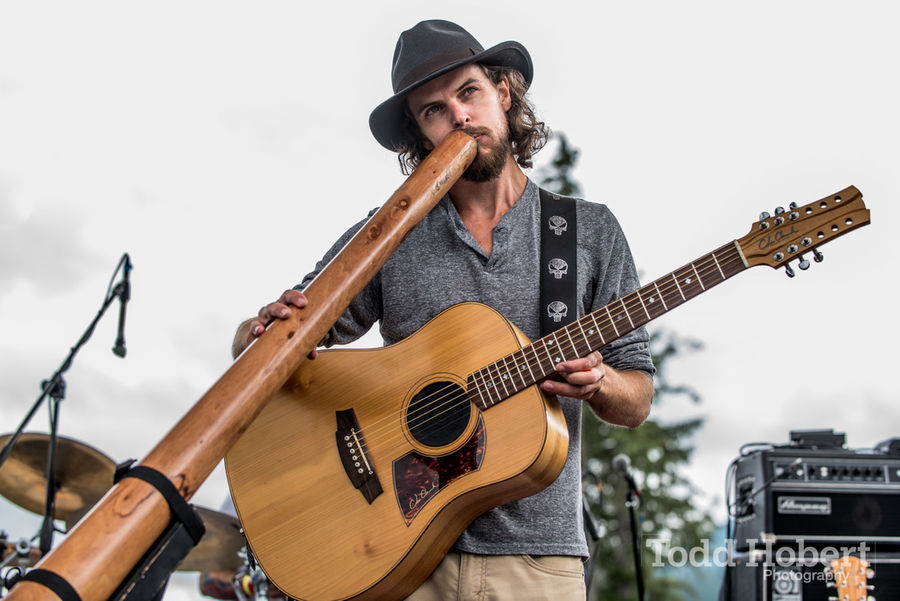