The current city hall, located in Downtown Bellevue, opened in 2006 after the $121 million renovation of a former Qwest data center. The data center, originally built for Pacific Northwest Bell in 1983, was acquired by the city government in 2002 for use by the Bellevue Police Department and later approved as the new city hall. It incorporates use of wood interiors and a terra cotta exterior that has been recognized with several design awards since its opening.

The city hall replaced an older office complex outside of downtown that was originally built in 1964. The site was renovated and expanded in 1978, but was slated for replacement a decade later. It was demolished in 2007 and replaced with a Lexus car dealership. The current city hall is located adjacent to the Bellevue Transit Center and will be home to a light rail station that opens in 2023. 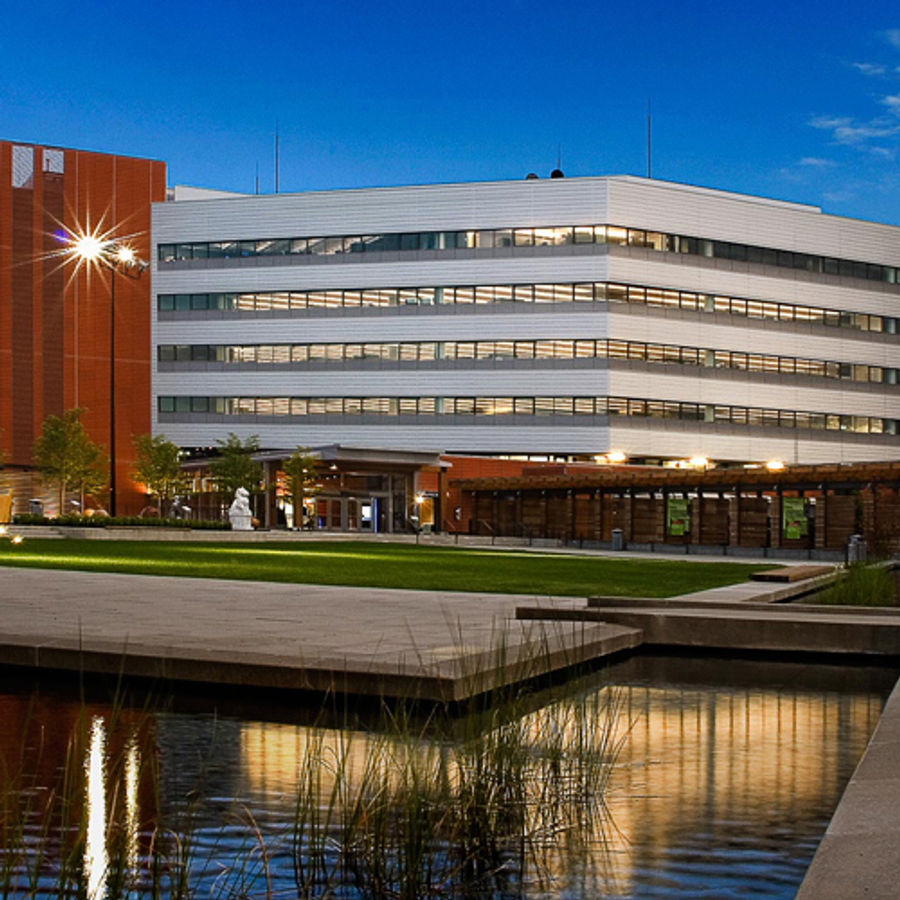