Binge-Watching Can Wait, Try a Different Escape From Reality in the Heart of Bellevue

Binge-Watching Can Wait, Try a Different Escape From Reality in the Heart of Bellevue

Nestled between an eye clinic and a lamp repair shop, Reality Break Escapes has no flashing lights, no marquee to signal its storefront. A single, narrow door with the words “Take a Break From Reality & Play” shroud the entrance in the kind of mystery and sci-fi intrigue one would expect from the Matrix movies. 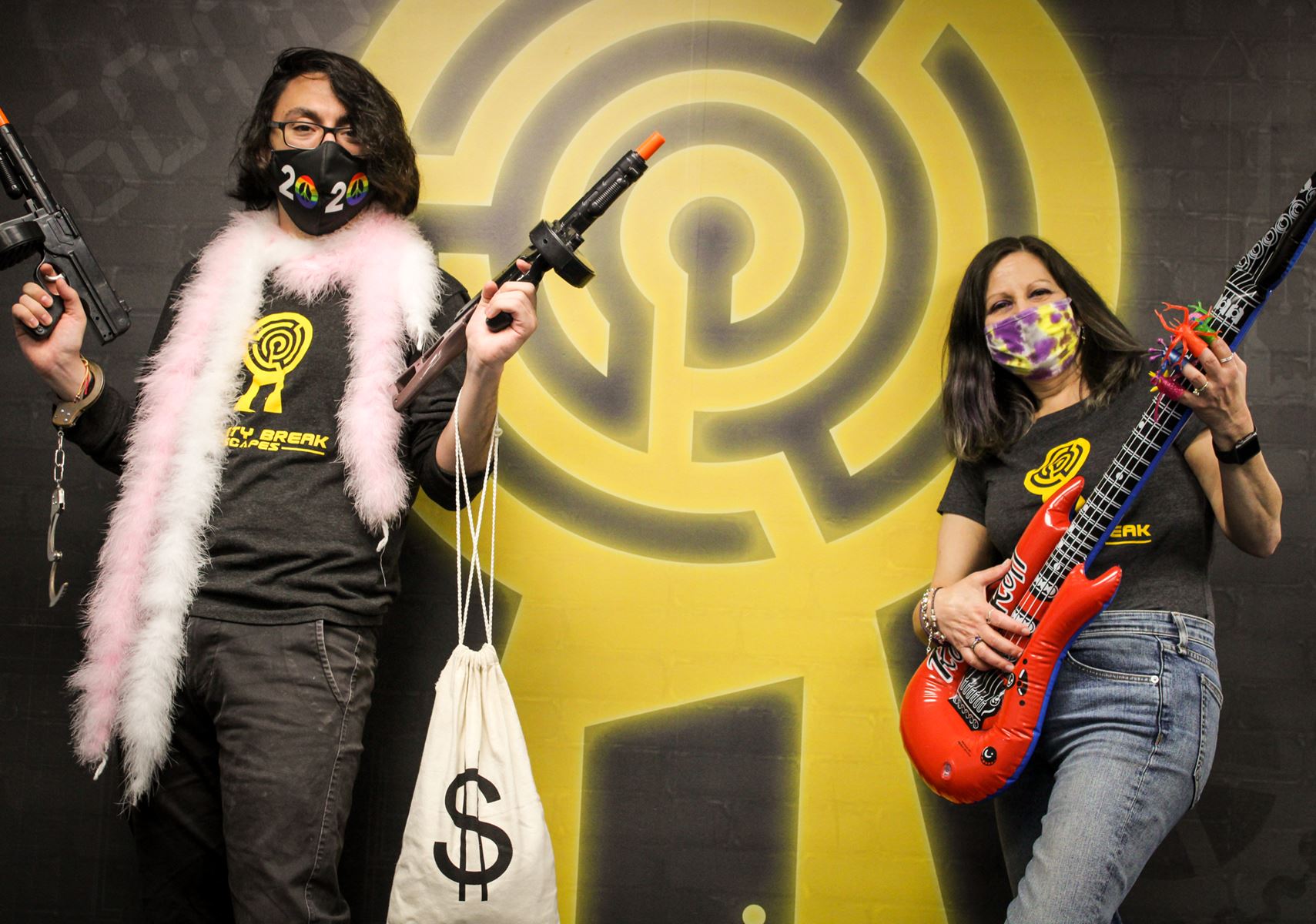 “Finding the front door is your first challenge,” Owner and Chief “Fun” Officer Brenda Luper jokes as she welcomes me into an unassuming office space her team has transformed into a literal break from reality. Behind each door lies a uniquely designed escape room with elaborate puzzles and decor that compliments a distinctive time period and genre crafted for an immersive experience.

For two years and counting, Reality Break Escapes has brought a brand new zeal and strange addiction some might say, to the Downtown Bellevue community that leaves players hungry for more games to puzzle out. Alongside other alternative entertainment options like the Cinemark Reserve Dine-In Theater and Lucky Strike bowling alley, Luper said she recognized a demand to establish a business like hers had arrived on the local scene.

While the crowd appeal was definitely there, sorting out the venue raised other questions.

“At the time when we were searching for space, [city officials] had never heard of an escape room and had no idea how to zone us!” Luper laughed as she recalled her conundrum. Rest assured, she found a place - in fact, her present location is the first one she looked at while hunting on the market.

Before COVID-19 had landed in the downtown neighborhood, Luper said she noticed a surprising shift in clientele. While she initially planned on catering toward families, friends, and couples out for date night, special events and other large commercial groups quickly emerged as 70% of her revenue.

But how does a space specially crafted for in-person entertainment keep up with the Groundhog Day-esque surrealism we seem to wade through day after day amidst the pandemic?

While virtual gatherings and events have become commonplace, what first appeared as a major hurdle to clear quickly became a diamond-in-the-rough opportunity for Luper and her business, as she figured out how to turn lemons into (virtual) lemonade.

“Can we get this online? Can we put it on a website?” Luper asked when she reached out to her talented puzzle and game developer. “Can we make it so people have something to play while they're stuck at home?”

Through an intuitive app called ClueKeeper, Luper cracked the code on this enigma. Each digital puzzle includes a packet organized with clues to download and print out, which can then be uploaded to the app once solved to complete the final objective. For larger crews, like your next office team-building exercise, the application offers privately hosted sessions with a leaderboard to fuel that friendly competitive streak with your favorite coworker.

Not long after, Luper started to receive phone calls requesting a way to play with friends and relatives from different households in a setting where everyone can hear and watch the action unfold in real time. After a little sleuthing online, Luper discovered that Zoom, the popular video conferencing app, has an annotation feature, which would allow parties from separate locations to connect remotely and collaborate on hosted puzzle hunts simultaneously. 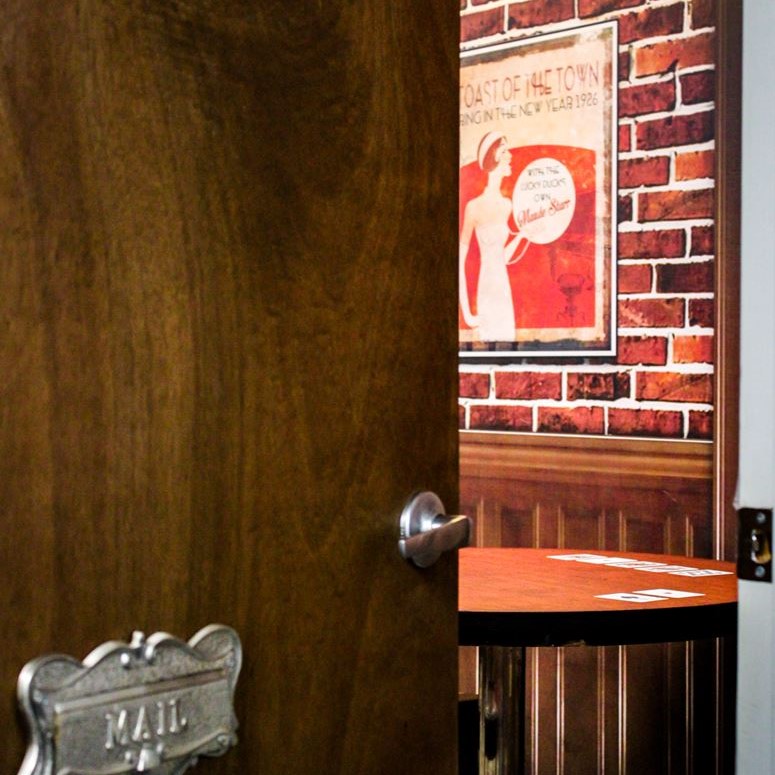 Not unlike physical escape room challenges, the online versions are facilitated by a designated Game Master, who pitches the premise for the puzzle and offers support throughout the mission to encourage high-level engagement from everyone involved. While Reality Break Escapes has attracted business locally, friends from New York and even several bloggers from Australia, France and Germany have signed up for the popular Seattle-based escape challenge featuring iconic elements from our neighboring city. Among other varieties, Mystery of the Missing Mayor is also highly recommended and perfectly suited for families and young teens.

When fall arrives and the weather returns to our regularly scheduled PNW forecast of endless cloudy skies, Luper said her staff will be geared up and ready to meet customers through their computers - potentially with a new product to debut.

According to Luper and her fellow escape room confidants, developers around the world have been tinkering with the concept of an avatar in the digitized escape room who would essentially guide the expedition and relay intel to the players - but Luper and her staff are looking to journey one step further and remove the proxy Game Master entirely. Complete with a 360-degree view inside the digitally translated room, participants can “roam” independently and benefit from increased possibilities to investigate the virtual space.

“The value and excitement behind it is that now we’re able to scale it,” Luper explained. “This way it's played more like our physical room. Your friends might be on that side of the room, you might be on this side of the room. You're communicating and working together to solve puzzles in what’s called non-linear fashion.”

Along with an arsenal of resources and more avenues for innovation on the drawing board, Luper emphasized how her counterparts in the escape room industry have founded a tight-knit community.

“We're very supportive of each other,” Luper said. “We've been doing calls like every week to two weeks, sharing ideas, helping each other out, figuring out where loans are, grants are, how to navigate Personal Protective Equipment… We all want each other to stay alive.”