Building the Hype: How Urbanity Found its Footing in the Heart of Bellevue

Building the Hype: How Urbanity Found its Footing in the Heart of Bellevue 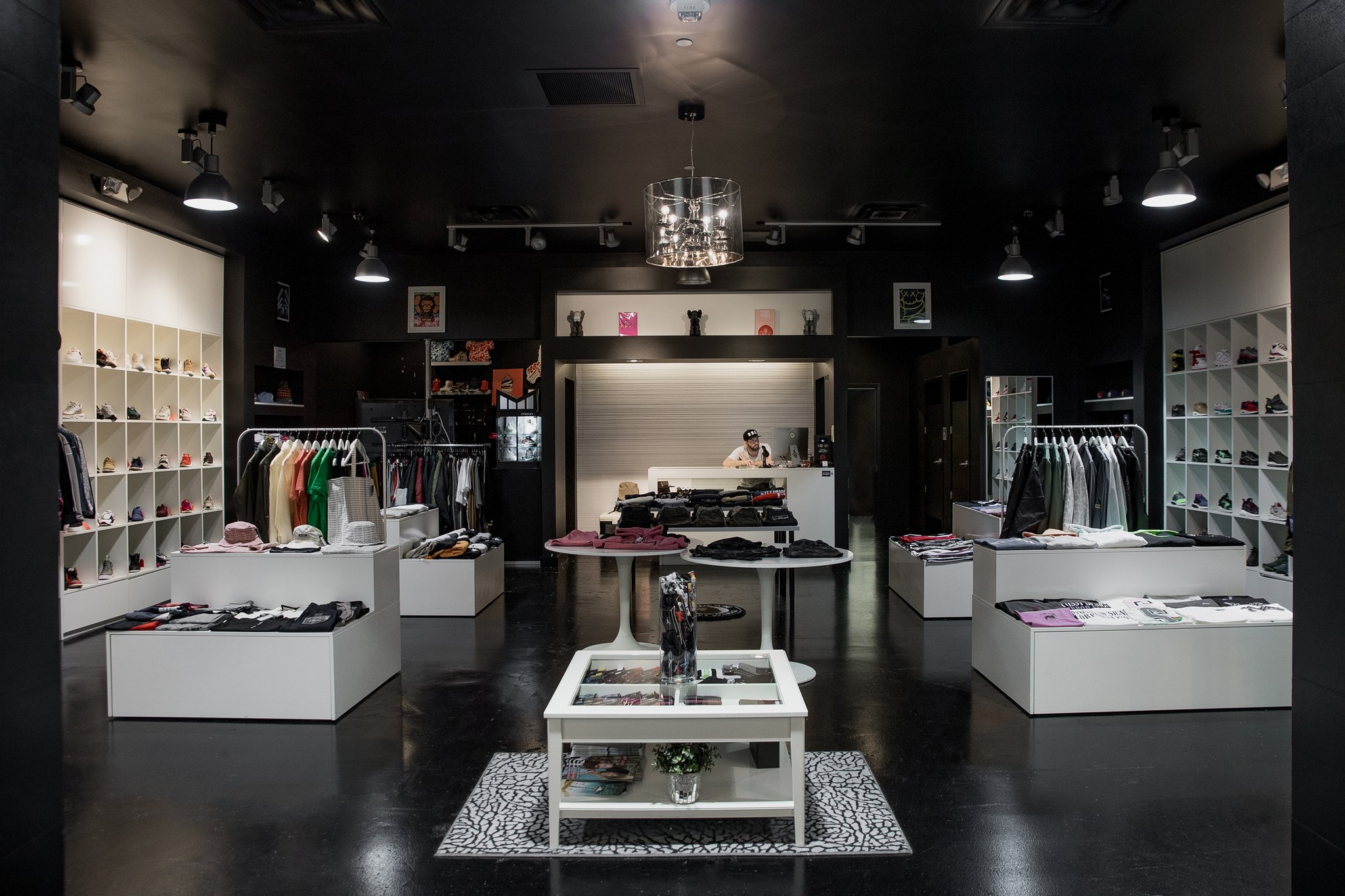 As an independently-owned and operated business in the Bellevue Collection, Urbanity deals in street cred and swagger over corporate retail tactics.

The contemporary boutique, known for its vanguard footwear and apparel, has capitalized on the high demand for elusive streetwear, offering limited-edition, specialty threads that have earned founder Lee Smith a loyal following and tightly knit crew of employees.

While visiting his sister in New York City, Lee noticed a surprising number of shops touted athleisure gear, which spurred him to launch his own streetwear outlet in the Pacific Northwest after graduating from college.

“At the time, I would have to drop by Lids to get a hat, Nordstrom to pick up jeans, Zumiez to grab a tee, and Niketown for shoes,” Lee recalled. “I simply wanted to offer everything in one convenient place.”

Though it might seem strange to launch such a niche boutique in a place surrounded by fashion giants, Lee said the reliable foot traffic and visibility of his neighbors have been a boon for business. Since opening its doors, the rapport Urbanity builds with its customers continues to prove priceless.

“The shop has developed a great relationship with the Eastside,” Lee said. “It's really nice to be in a place with such a diverse customers, and being located somewhere that's easy to get to no matter which direction you're coming from has been a great advantage.”

As the fringe following around casual fashion widens into a mainstream phenomenon, social influencers, sneakerheads, athletes and cultural connoisseurs drive the demand for a distinctive “it” factor that simply cannot be marketed, manufactured or bought (yet Lee himself has managed to bottle that secret sauce.)

Despite running a brick-and-mortar shop, Lee conducts a high volume of his business on Instagram, drawing all the fervor of a silent auction. Whenever new merchandise drops, Lee said his stock can sell out so quickly that trying to photograph and upload products online becomes a moot point.

While Urbanity has carved out a name for itself, there have still been serious hurdles to clear over the past few years. Between closing the storefront for seven months due to COVID-19 restrictions and a looting incident that wiped out his inventory, 2020 affected Urbanity in ways Lee never could have imagined. Regular customers and folks leaning in to support small businesses have been his saving grace as Urbanity searches for solutions in a time marked by uncertainty.

His commitment to pay that gratitude forward has only grown, now with a newfound appreciation for the local community.

“As part of an ongoing partnership with Family Works, (a hybrid food bank and family resource center) we organized a food drive in December and we also have a bin at the store where people can drop off non-perishables at any time,” Lee said. “And since we also have a lot of sneaker releases, we try to incorporate a charity aspect into those as well.”

From where Lee stands, it’s all about cultivating something beyond the typical retail experience - something that revives nostalgia for iconic fashion staples, relentlessly searches for originality and craves a full-bodied lifestyle. Crisp, white Nike Air Force 1s are practically sacred, forever in style, Lee said. Lately, kicks with a cushioned midsole have become increasingly popular.

Lee reminisces about standing in line outside a Nike outlet at 4 a.m. as a teen, biding his time for a highly anticipated sneaker release, eager to claim his own pair. And that rhapsody lies at the crux of his entrepreneurial credo: the intangible, skin-prickled sensation of feeling truly seen. Every person who walks into the store is greeted by Lee, who pauses from his routine with an affable sixth sense to strike a personal connection with each customer.

Nothing can compete with trying on clothes in a store, Lee argues, citing past hassles of online shopping from returns gone awry to late shipments and guesswork in choosing a suitable size.

Anyone who peruses Urbanity can sense the difference in an atmosphere of possibility, whether in that newly minted rubber sole scent, or in the crinkle of paper while unboxing a new treasure.

Identity and community converge in every stitch, lace and hue. Something as deceptively simple as a sneaker can mean something different to each wearer, but in the end, style and its promises of reinvention and belonging are behind each pair.

Follow Urbanity on all the major social channels and swing by to scope out the space for yourself. Oh, and the best part? Anyone who references this Heart of Bellevue blog will receive a 10% discount!