Chace’s Pancake Corral: Serving Up Breakfast With a Side of Bellevue History

Chace’s Pancake Corral:
Serving Up Breakfast With a Side of Bellevue History 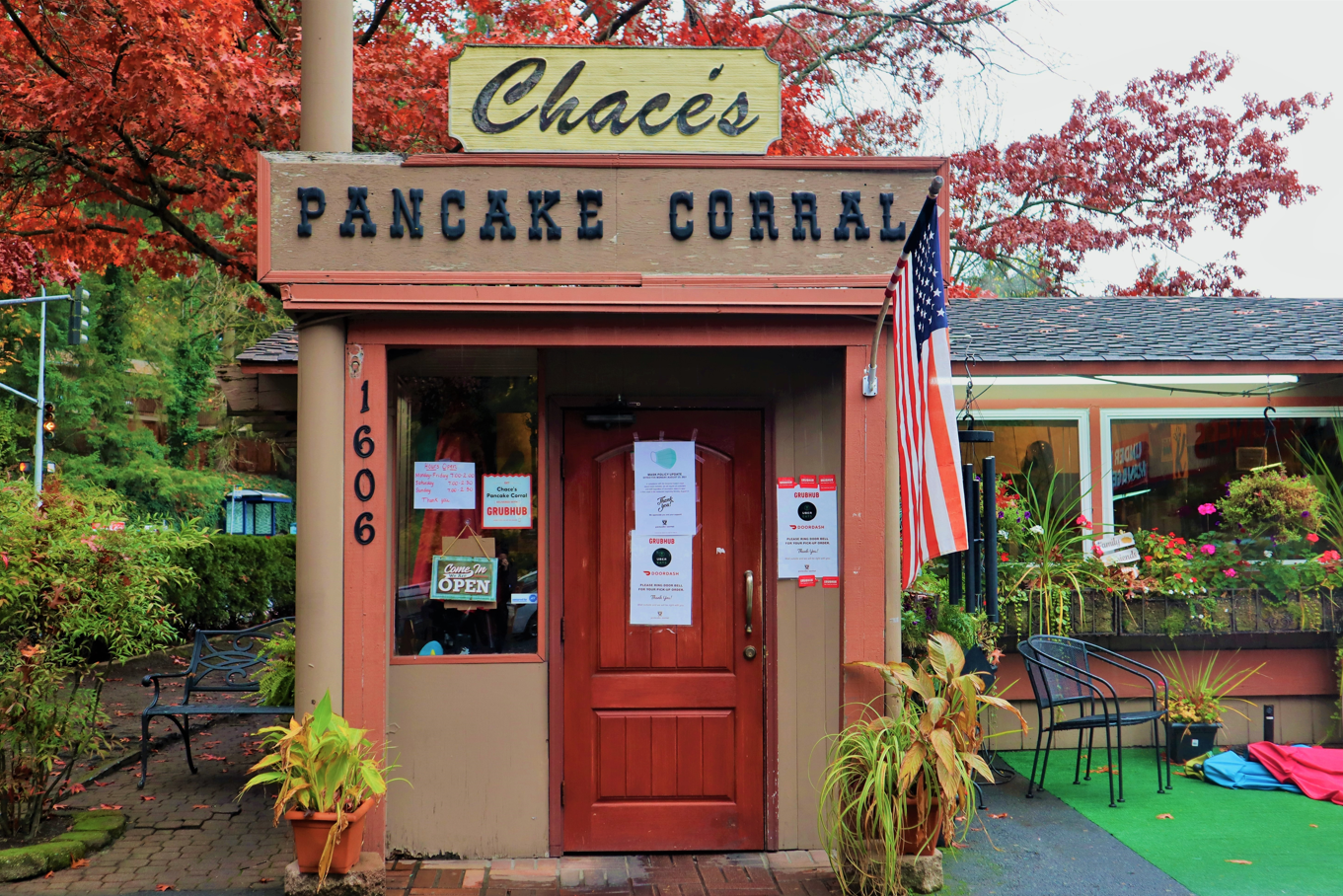 Chace's Pancake Corral offers more than just delicious breakfast plates and hot coffee, they’re serving up a slice of Bellevue through historical memorabilia, autographed photos and newspaper clippings adorn on the walls and a long menu featuring breakfast favorites named after generations of locals who have made an impact on the family-owned pancake house. Over the years, they’ve become an iconic western-style breakfast place, where the pancake batter is always fresh and bacon strips are only cooked by request. Founder Bill Chace opened the establishment in 1958 and recruited his stepdaughter, Jane Zakskorn, at the age of 11. 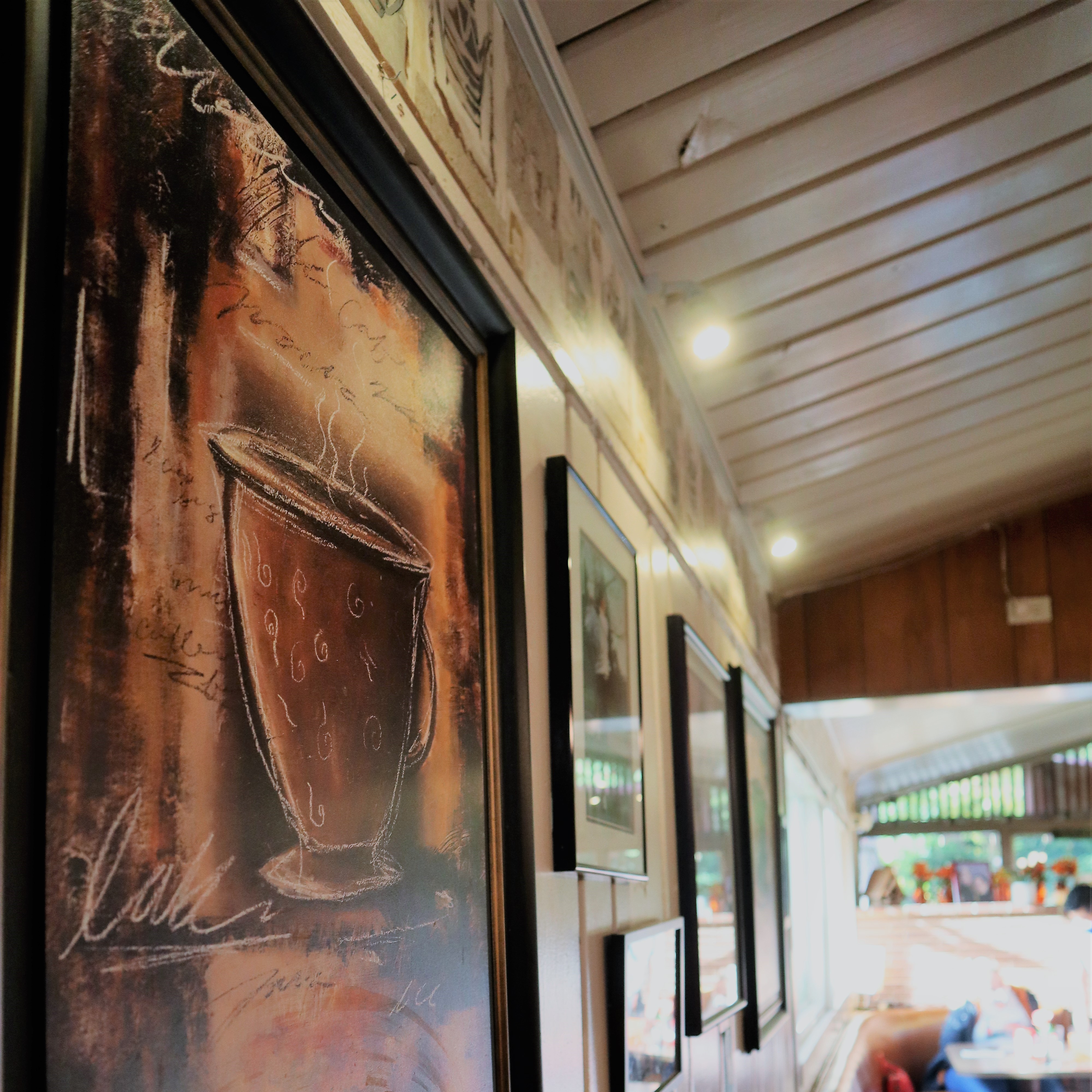 “I used to volunteer for the Bellevue Boys & Girls Clubs selling hotdogs and Cokes at Bellevue Square where Bill discovered that I could make change for a dollar,” she said. “Next thing I know I’m in a cowgirl outfit working on the weekends.”

Zakskorn describes Chace’s as a throwback to old-fashioned eateries where people personally get to know the servers and one another. After Bill decided to semi-retire, she became his partner in the late ’70s and learned how to run the business alongside her father. When Bill passed away in 2000, he made her the sole owner of the restaurant they so proudly built together.

“Four generations of families have celebrated graduations, marriages, births and losing their spouses. This is where people came for comfort,” she said. “This is my legacy to carry on.”

A Taste of History: An Exclusive Look Inside the Menu

Zakskorn pulls out a menu and points out two dishes, 'Vic's Favorite' and 'Coach's Pick', delivering a brief yet heartwarming history lesson for each one.

'Vic's Favorite' piles two potato pancakes and two link sausages on your plate, inspired by Bill's friend Vic who worked closely alongside him for many years. Vic even earned himself a Coffee Corral, a small chain restaurant Bill used to own back in the day.

“This was his specialty when it came to ordering breakfast. When he passed away, I wanted to honor him because he was such a big part of my life,” Zakscorn said. “This was the first time we named something after somebody."

'Coach's Pick' was named after Coach Ed Pepple, a long-time basketball coach at Mercer Island High School. He was a regular at Chace's, only ordering apple pancakes rolled up with little bits of sugar inside. This soon became a main staple on the menu. At the time, Pepple was the only living person that had his name featured. He passed away in 2020.

The Challenges of the Pandemic

As with many restaurants, Chace's was severely impacted by the pandemic. Zakskorn quickly had to adjust to the sudden change, serving take-out orders, investing in a whole new outdoor seating area and socially distancing tables to keep guests safe and healthy. After weathering the long winter, summer arrived and brought back customers, but things weren't quite the same as before. Inside, there's still a 75% max capacity limit and now a new vaccine verification mandate may cause some disruptions, but despite all the hurdles in her path, Zakskorn is a fighter who isn't backing down anytime soon.

“I’m going to stay as long as I can survive in Bellevue. I don’t have plans to expand, I love what I do. This is a place for families to come and I’m willing to do whatever it takes to keep the business going,” she said.