If you haven't noticed the construction for Sound Transit's East Link light rail around Downtown Bellevue...you probably haven't been spending that much time in Downtown Bellevue. But, did you know that the tunnel is more than 90% complete?

It's true! Crews are expected to break through to the site of the future Bellevue Downtown Station in just a few weeks. This means that the tunnel is on track to be completed within fifteen months (five months faster than the original forecast). Crews have been working on the tunnel since February of last year and excavation started at the south portal site at 112th Ave. NE and Main. When complete, the tunnel will be approximately one-third of a mile long, running between the future East Main and Downtown Bellevue stations under 110th Ave. NE, turning east near NE 6th St.

Check out this incredible time-lapse showing excavation of the tunnel:

You can also look at the tunnel from a 'flyover' perspective:

The future of East Link

The East Link project will extend light rail fourteen miles from Downtown Seattle to Downtown Bellevue and to the Overlake area of Redmond. The extension will follow I-90 and will add ten new stations. The entire line will be operational in 2023 after which Sound Transit will add an additional 3.7 mile extension further east to Southeast Redmond and Downtown Redmond. 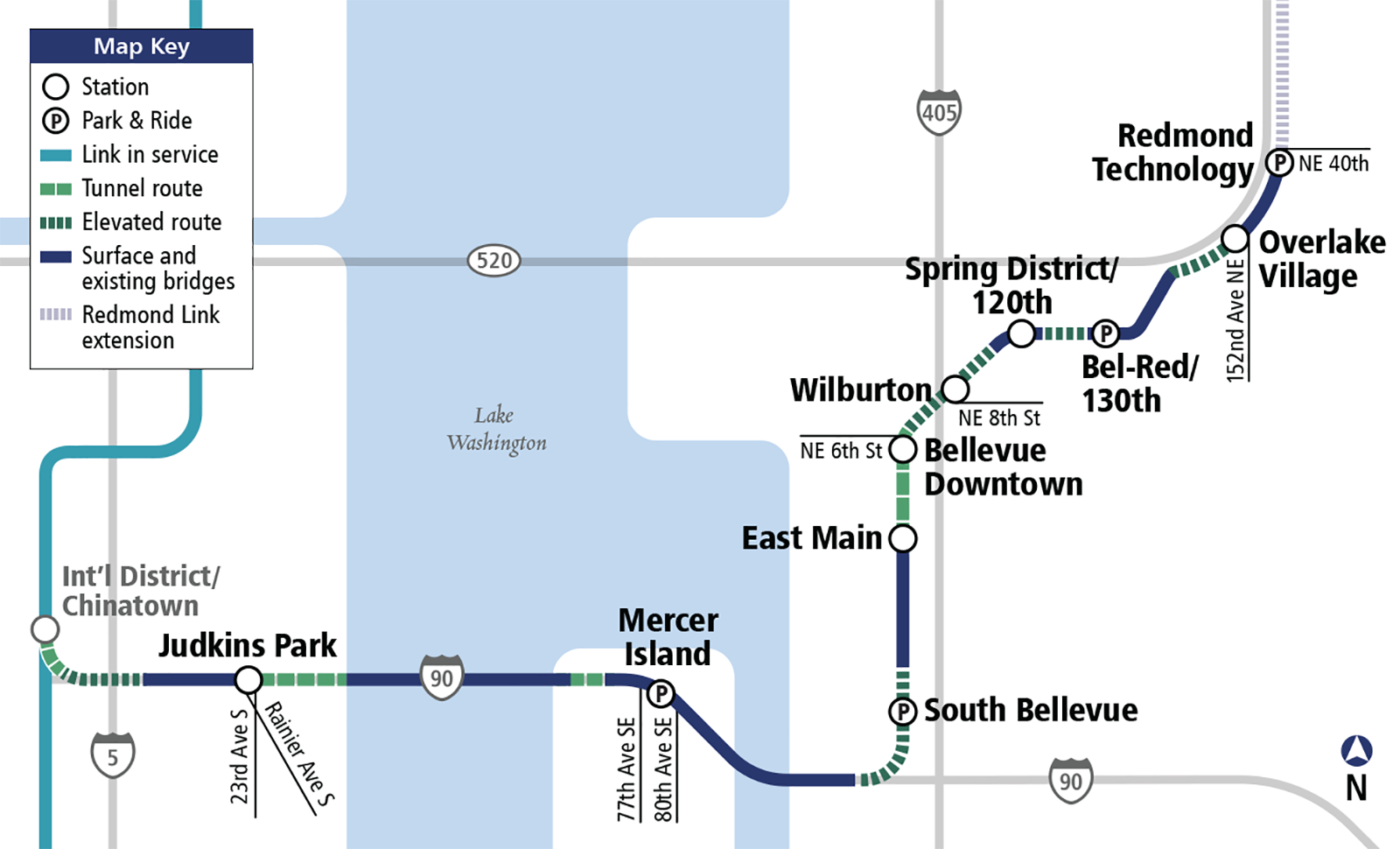