The organization behind Tateuchi Center – planned for Downtown Bellevue – is being given new life as it returns to operation under its legal name, Performing Arts Center Eastside (PACE). With CEO Ray Cullom newly at the helm, PACE is undergoing more than a facelift.  Performing arts spaces have traditionally been built to showcase 17th, 18th, and 19th century works, with few contemporary bells and whistles. However, with new technology such as virtual and augmented reality built into the seams of PACE, those centuries old works will take on new relevance for a 21st century audience.

PACE promises to build a first-of-its kind performing arts center that’s so endlessly flexible audiences will feel that they’re in a new theater each time they come. The goal for PACE’s new cultural hub is to be “the best, most technologically advanced theatre in the world when it opens and to have the capacity to remain that way for the foreseeable future,” Cullom explains. Flexibility and the ability to upgrade continually are key. Cullom is keenly aware that without the capacity to grow and adapt to innovations, the center could be obsolete before it ever opens. 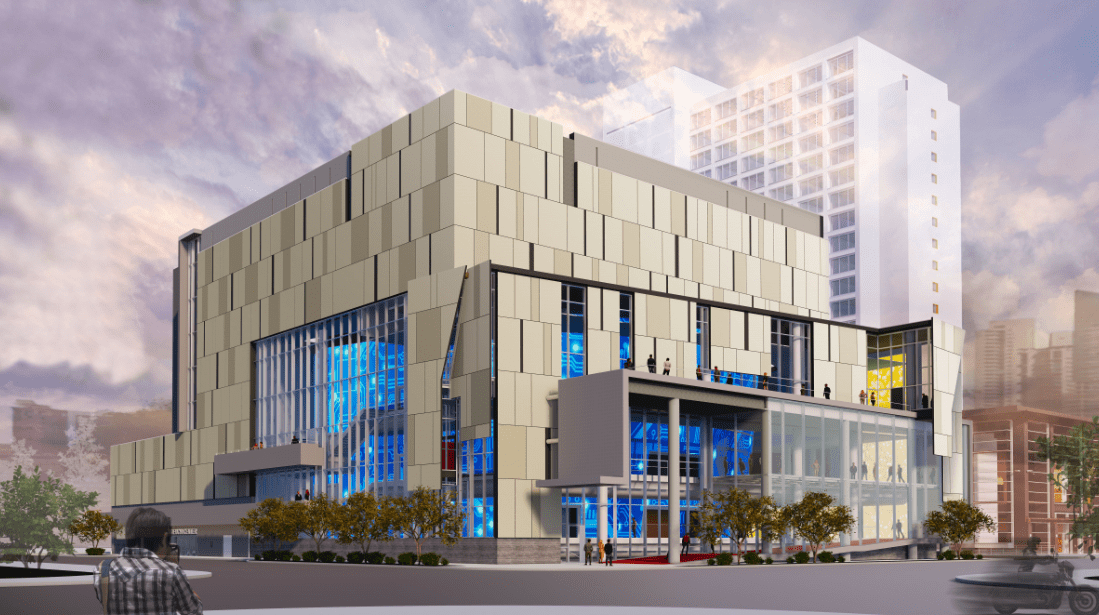 Recently, Cullom, who is a new BDA board member, explained that the programing will bring different kinds of audiences to PACE. For example, the Seattle Symphony could have the kind of concert at PACE they couldn’t on the other side of the lake, integrating technology and other genres of music and art. Similarly, the audience that sees the symphony in Seattle will be in for a whole new experience when they cross the bridge to see the same symphony perform in Bellevue. “Audiences will be participants, not just witnesses,” said Cullom, who also spoke to the potential of pairing different styles and genres of art in the new center. An arts-themed makerspace in the basement of the building will serve regional artists as they collaborate to create inspiring performances to be featured upstairs.

Architecturally, the building will be an ever-changing visual canvas in the Downtown Bellevue thoroughfare, thanks to the digitally activated interior of the space, visible through enlarged windows surrounding the building. There will also be a large outdoor balcony on the upper level featuring large art installations and will be open for patrons to enjoy in the summer months.

Though not slated to open to the public for a few years, excitement in the community is already mounting as those of us in Downtown watch the evolution of PACE as an organization and plans for this exciting building and artistic hub.