Celebrating the Monumental Work of the Downtown Land Use Code Update

Celebrating the monumental work of the Downtown Land Use Code Update

It took much longer than most expected. That’s in part due to popping the hood on a 35-year old classic code hardwired to downtown’s underlying economics and development potential.

The original code accomplished much. Downtown Bellevue developed beautifully over the past 30 years, making a transformation to a fast-growing, high-rise 18-hour urban center adjacent to thriving single-family neighborhoods. When it came to amending the code, a core principle was to respect the intent of the legacy code, while modernizing with current plans and making it a stronger guiding document for compelling design.

Highlights of the update:

The new code balances flexibility with predictability, a key tenet for most effective codes. It encourages iconic design features to enhance the city skyline. Added height and updated guidelines allow developers to pursue more interesting shapes and forms with respect to their buildable floor area.

In most zones, height was increased but the allowable density remained constant. This means that, if desired, developers can build taller, more slender buildings, allowing greater tower separation and more light and air at the street level – an objective established early on with City Council guidance and the CAC process. 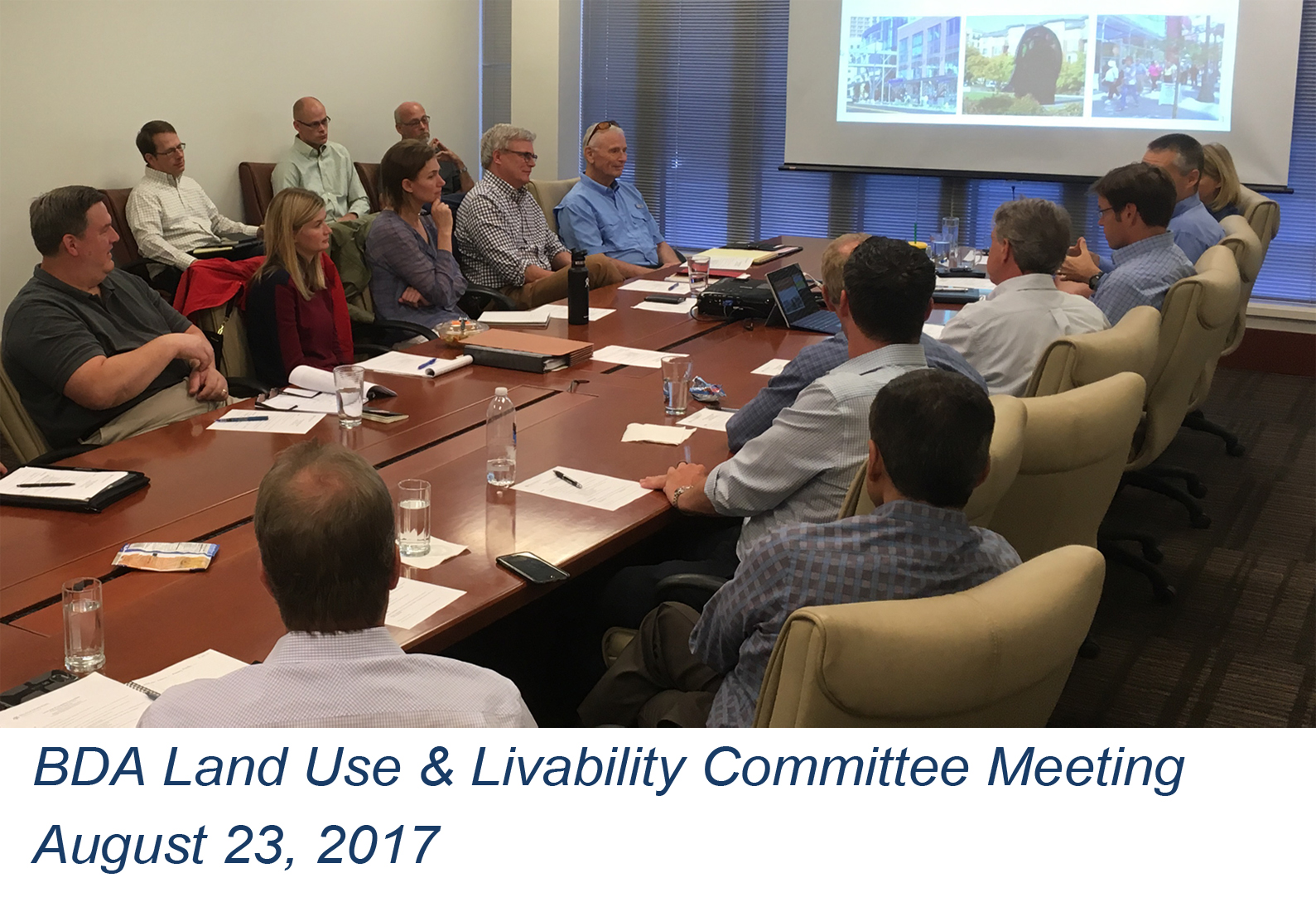 From the start, the Bellevue Downtown Association (BDA) tracked and participated in the Downtown Livability Initiative. The BDA, a member organization focused on Downtown issues, positioned its Land Use and Livability Committee to become the convening forum for stakeholder communication and participation. BDA Board Directors and Committee Co-Chairs Brian Brand and Warren Koons led the effort by building consensus on policy recommendations, advocacy messaging, and stakeholder support.

Since July of last year, the committee met on 16 occasions. In addition, City Council and Planning Commission met a combined 23 times to discuss Downtown Livability. Many of the BDA meetings invited lively debate. Thanks to the co-chairs’ leadership, the committee remained focused on driving to key points of agreement, with a willingness to challenge the process and question assumptions if needed.

The BDA Land Use and Livability Committee was a voice among many working to make the Land Use Code update a reality. Much credit goes to the City Council for prioritizing the initiative, the Planning Commission for studiously recommending a modified code, volunteers of the CAC for crafting a draft framework, and City staff for their expertise and patience drafting code and providing resources. Even years in the making, the initiative was a monumental achievement of public-private collaboration. In retrospect, it’s amazing to look back at all the hard work, and equally as exciting to imagine the bright future of Downtown Bellevue.