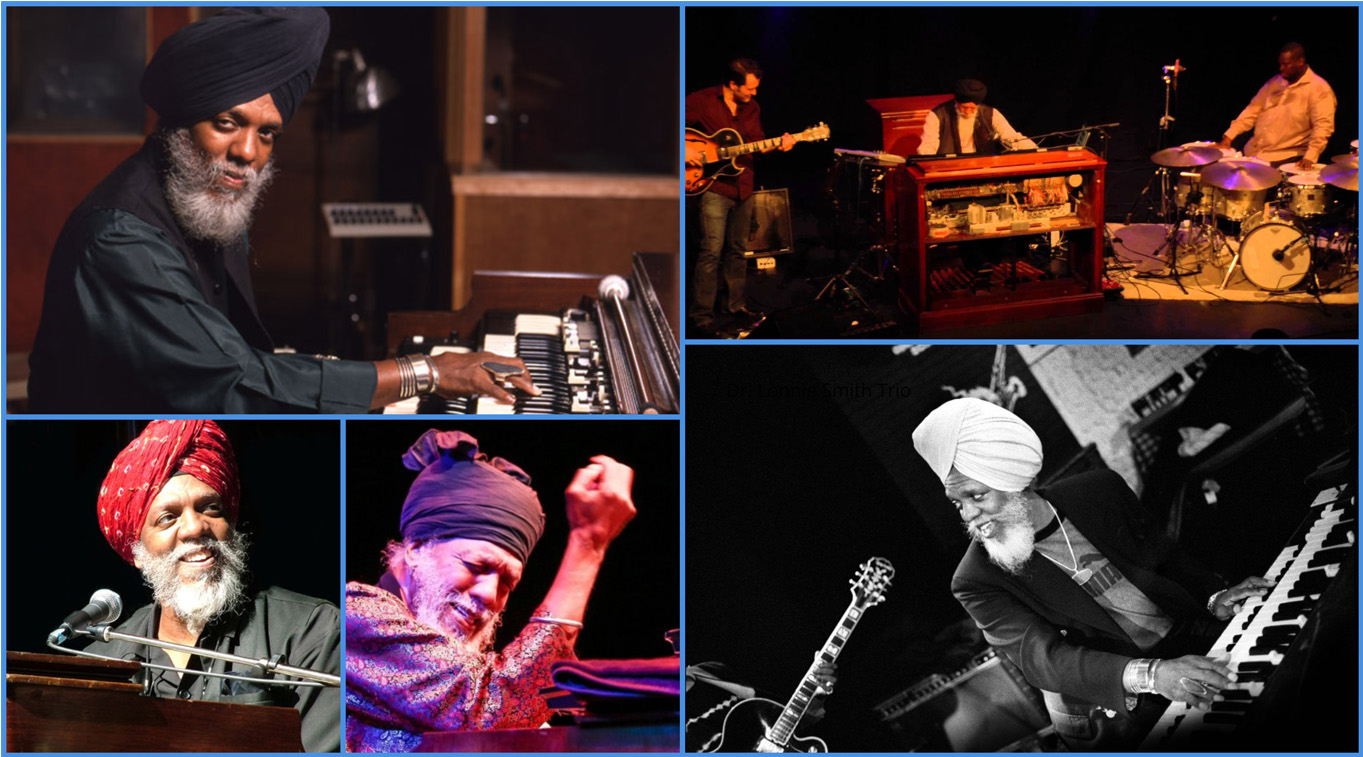 Whether you’ve known it or not, you have likely heard the work of Dr. Lonnie Smith. Hailed as a “Legend” and a “Living Music Icon” is he an authentic master and guru of the Hammond B-3 organ for over five decades, and has been featured on over seventy albums.

Jazz Times magazine describes him as “a riddle wrapped in an enigma wrapped in a turban!” His charming character and superior musical talents have granted him a worldwide fan-base and performances with the “Who’s Who’ of the greatest jazz, blues and R&B giants in the industry.

Born with music in his bones, Lonnie grew up in Buffalo, New York and through his mother was immersed in gospel, blues and jazz at an early age. He sang in several vocal groups in his teen years, and played trumpet and other instruments at school where he was a featured soloist artist.

A young Lonnie first experienced playing the Hammond organ in the 50’s at a local music store owned by Art Kubera. Inspired by records of organists such as Wild Bill Davis, Bill Doggett and Jimmy Smith, Lonnie began to find his musical voice.  “Even though I didn't know how, I was able to play right from the beginning," Dr. Smith reflects.
The Doctor’s first gigs were at Buffalo’s hottest jazz club, the Pine Grill where he grabbed the attention of fellow jazz musicians, and would be enlisted by George Benson to be an organist in a quartet. The group relocated to New Youk City, where they quickly established themselves as innovators in Harlem Clubs throughout the area.

He made several records with Benson, and his first recording for Columbia Records in 1966. Later he was scooped up by saxophonist Lou Donaldson, where Lonnie would appear on several epic Blue Note LPs, including the million-seller, Alligator Boogaloo. With Blue Note he produced soul jazz classic such as Think!, Turning Point, Move Your Hand and many others.

Since leaving the Blue Note stable in the ‘70s, Dr. Smith has recorded a slow of record labels that have ascended the charts many times. His unpredictable musical style has proved that no genre is safe, and he has recorded covers from the Beatles, Jimi Hendrix, John Coltrane and more.

Where He is Today

In 2012 Dr. Smith launched his own record label Pilgrimage Inc. and in 2015 resigned with the iconic Blue Note Records label where he released his latest CD in 2016. He received the NEA Jazz Masters Award, the highest honor in jazz in 2017 and has sampled himself in rap, dance and house grooves while being credited as a forefather of acid jazz.

Dr. Lonnie Smith Trio will be headlining the 11th Annual Bellevue Jazz & Blues Festival on Saturday, June 2nd at Meydenbauer Center Theatre. Reserved your spot now for a once in a lifetime performance at: https://www.brownpapertickets.com/event/3356240.

The Bellevue Jazz & Blues Festival is showcasing over 40 live ticketed and free performances from May 30th – June 3rd across various venues in downtown Bellevue.

Check out the full schedule