With a record 650 community and business leaders in attendance, last night’s 46th Annual Celebration was the biggest yet.  The full house was no surprise, however, given the tremendous Downtown accomplishments being recognized – and some very big news perfectly timed for the evening’s keynote.
Attendees dazzled as they gathered in Meydenbauer Center for the festivities. But the room quickly fell quiet in anticipation as the evening’s jam-packed program began.  Here’s what was celebrated and learned at this year’s Annual Celebration.

A Look Back at Bellevue’s Tremendous Year
Kicking off the evening’s program, BDA President Patrick Bannon shared welcoming remarks and words of confidence highlighting the outstanding growth Bellevue has seen over the past year. He touched on the importance of having a unifying force to shape Downtown’s future, and how the BDA – alongside its members and partners – is doing just that. His remarks concluded with a video highlighting the city center’s remarkable growth and continued transformation.

As the room buzzed, BDA Board Chair Jill Scheuermann took to the stage to share her charge for the year: to lead the BDA Board towards solving tough problems while bringing folks together to shape the next stage for Downtown Bellevue.  Her sentiments were timely, given she next introduced Mary Kipp, President and CEO of Puget Sound Energy, to give this year’s BDA Placemaking Award. 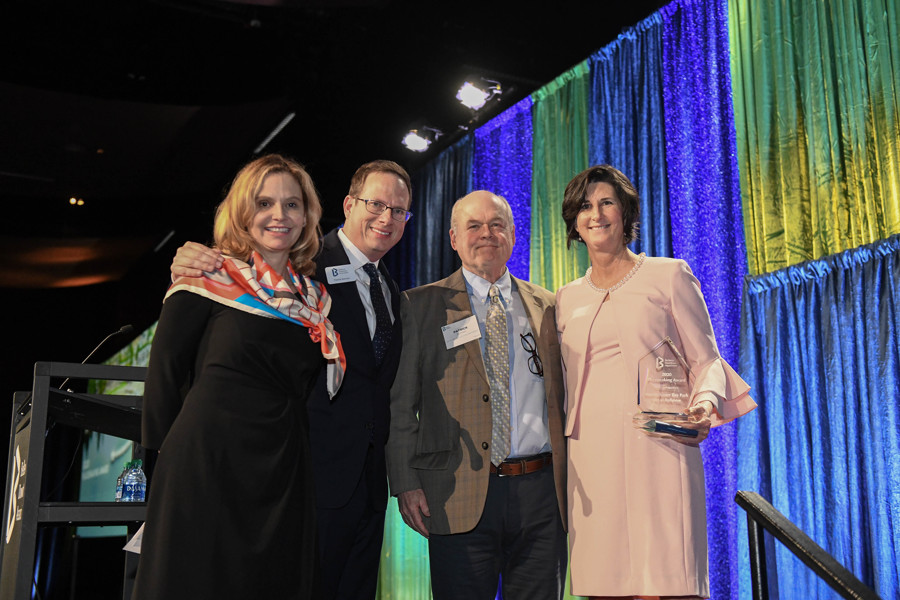 The 2020 BDA Placemaking Award
The BDA’s Placemaking Award recognizes an outstanding investment in the Downtown Bellevue community: one that has shaped the urban environment and contributed to a better experience for those within it. As a longtime tenant of the Downtown business community, Puget Sound Energy’s top executive had much to say about the importance of what this award stands for; to recognize places that are built for people - places where positive Downtown memories are made.  Given that charge, Kipp announced to much applause that the City of Bellevue had earned this year’s distinction for completing Meydenbauer Bay Park. Bellevue Mayor Lynne Robinson accepted the award, alongside former Bellevue Parks Director Patrick Foran. Both remarked on the collaborative efforts it took to complete the new park.

A Keynote Conversation with Amazon
After a break in the program for dinner and drinks, the lights dimmed once again as Patrick Bannon welcomed to the stage a timely guest: Amazon’s SVP of Worldwide Operations, Dave Clark. Just that morning, Amazon announced the company will be bringing 15,000 jobs to Downtown Bellevue over the coming years, further transforming the business landscape and solidifying Amazon’s presence in the city.  Bannon and Clark had no shortage of topics to discuss as they chatted, but the crowd focused in as Clark reflected on his history with Amazon and his style of leadership. Clark shared his perspective on the value of Amazon’s leadership principles, and how they shape how he directs his team – and soon, the many more folks he’ll lead here in Bellevue.
As the keynote conversation wound to a close, Bannon and Clark discussed not only the future of Amazon, but the future of Downtown Bellevue. Clark’s view was clear: Bellevue is growing into a dynamic, driven city – and that evolution will bring great things ahead. 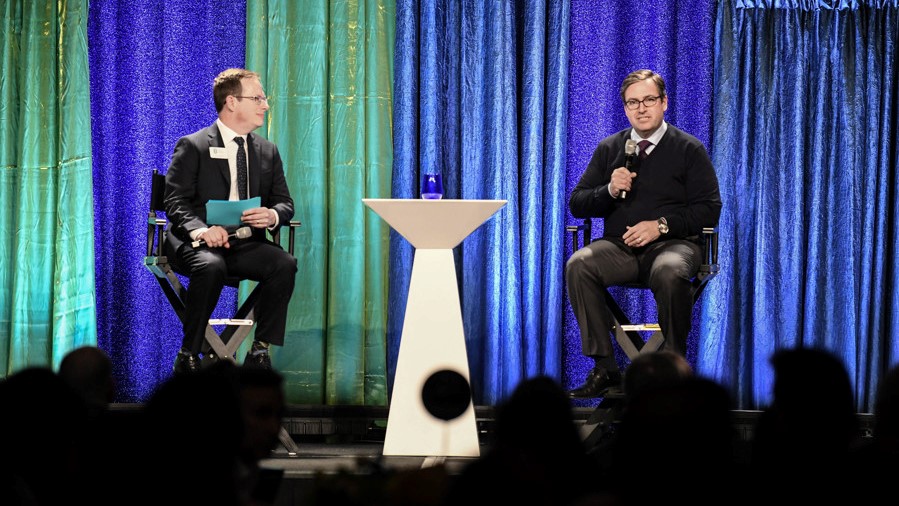 The crowd seemed to agree, erupting in applause as the lights rose up once again. The program came to a close, but the energy remained as crowds lingered to network and discuss the evening. It was clear across the room: celebrating the successes of Downtown Bellevue while welcoming more for the future is an evening worth attending. 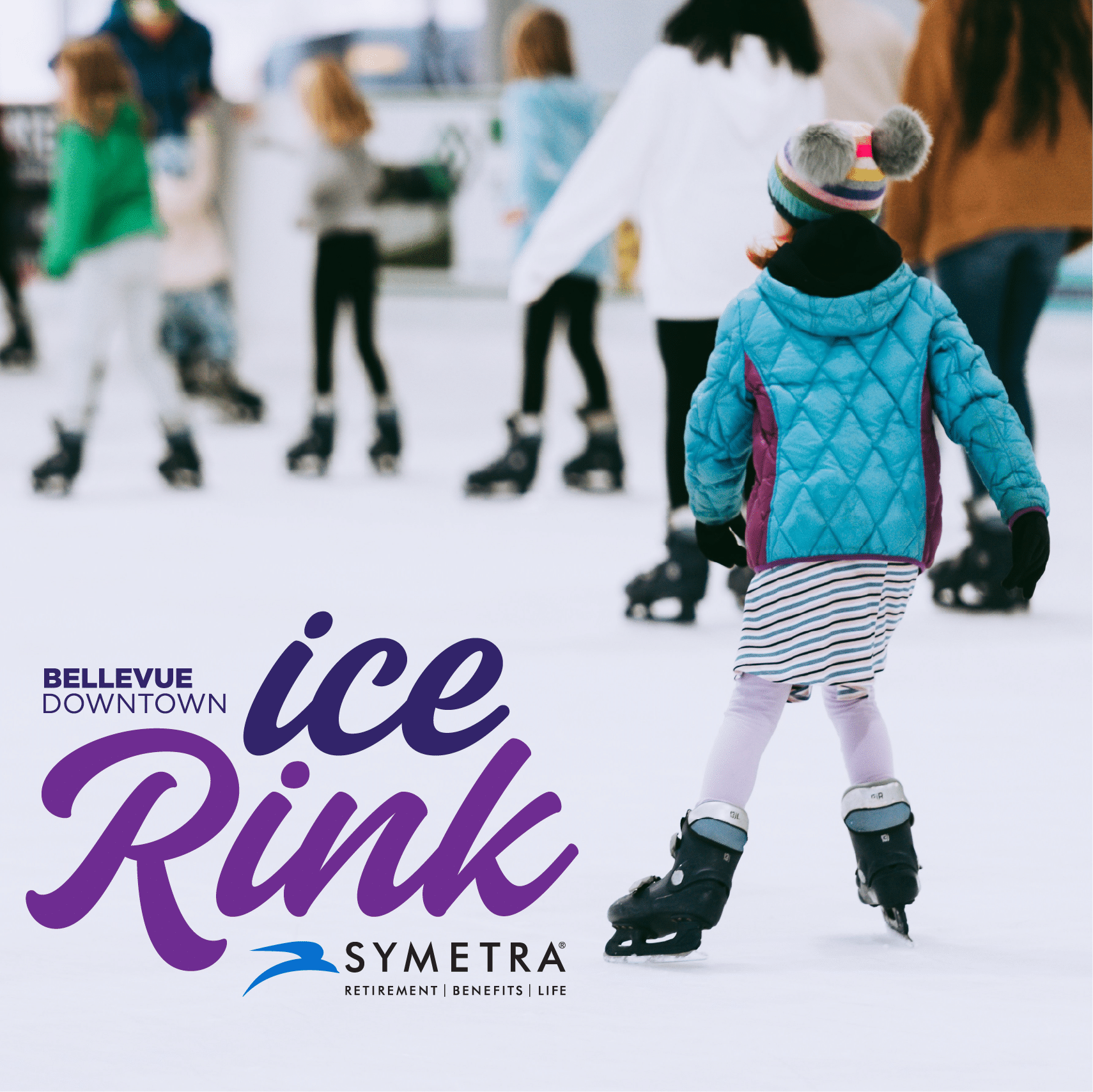