Advocacy in Action: The BDA Supports a Demonstration Bikeway and Free-floating Bike Share

Advocacy in Action: The BDA Supports a Demonstration Bikeway and Free-floating Bike Share

The City Council is scheduled to review the Transportation Commission recommendations on February 5.

The left image is the existing 108th Ave NE and the right image is a conceptual rendering produced by the City of a demonstration bikeway on 108th Ave NE.

The Bellevue Downtown Association (BDA) has tracked the two subjects through its Transportation Committee since last September. The Committee met on four occasions to learn about the issues, discuss tradeoffs, and draft a set of recommendations for the BDA Board of Directors. The work resulted with the Board approving support of a demonstration bikeway on 108th Ave NE and permitting of free-floating bike share.

The BDA will continue to track issues and advocate the recommendations detailed in the positions. If the programs are approved by Council, the BDA will take an active role in gathering and communicating member feedback throughout the process. At the end of the trial periods for both the demonstration bikeway and free-floating bike share, BDA members will assess the data and either advocate for refinement or removal.

Why are we addressing bike infrastructure?

In 2016, Bellevue voters approved a transportation levy to help complete and initiate mobility projects in the City. Levy funding of $1.7 million has been allocated to advance the Pedestrian Bicycle Transportation Plan (PBRT) through the Pedestrian and Bike Implementation Initiative (PBII). The plan identifies Downtown Bellevue as a key area to complete the bike network, and the City is seeking data/feedback to evaluate use and tradeoffs of a bikeway through the urban center. The City has proposed a demonstration bikeway to test feasibility. 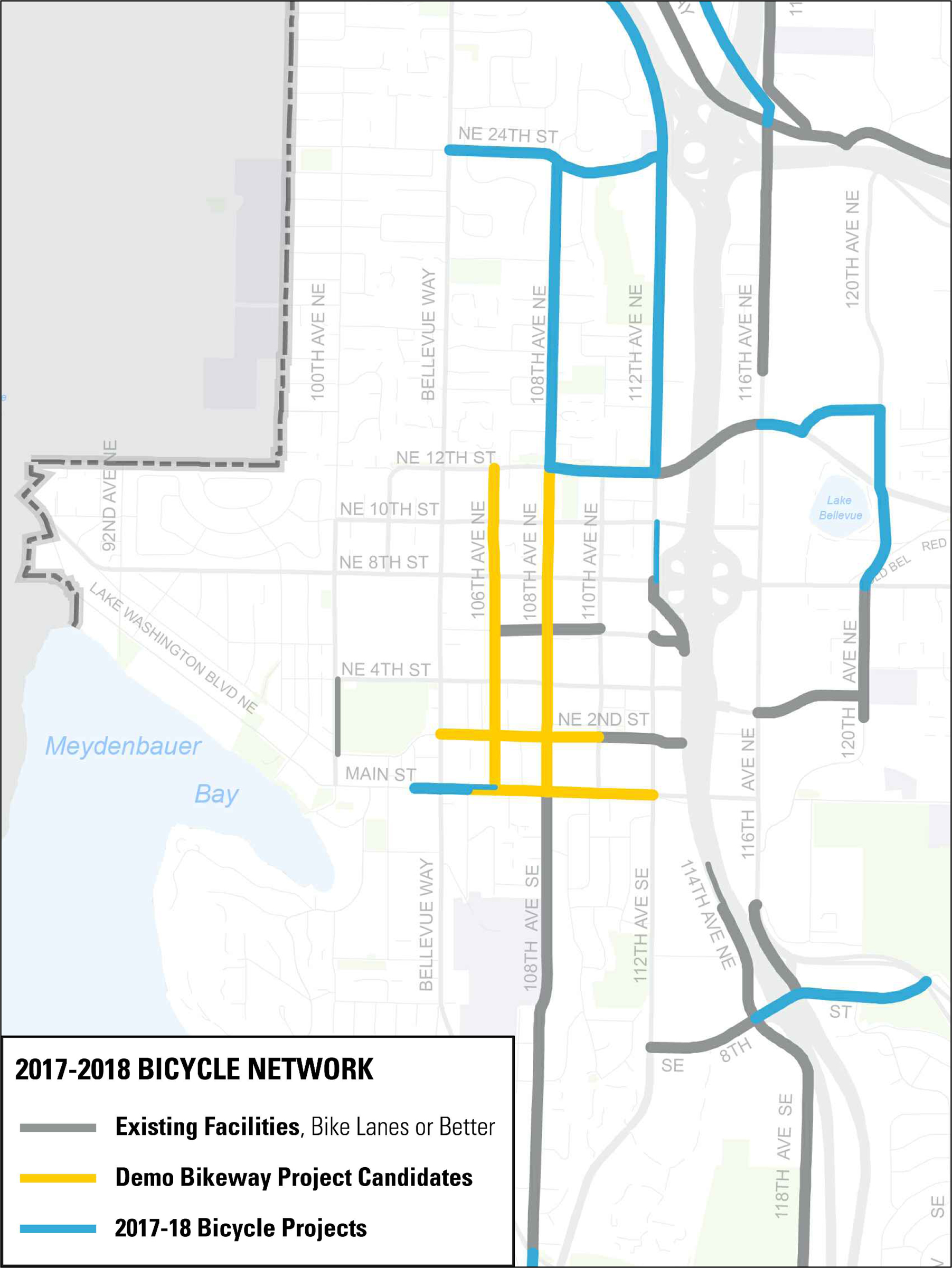 The City has identified four candidates for a demonstration bikeway. The candidates were selected because they advance the City's PBII.