Deva Mahal - A Legend in Her Own Making

Deva Mahal - A Legend in Her Own Making

The Bellevue Jazz & Blues Festival is an annual event which showcases over 40 live ticketed and free performances across various venues in Downtown Bellevue. This year, the festival runs from May 30th – June 3rd.

Deva Mahal is one of the artists headlining this year's festival on Friday, June 1st at Meydenbauer Center Theatre. Read on to learn more about Deva's background! 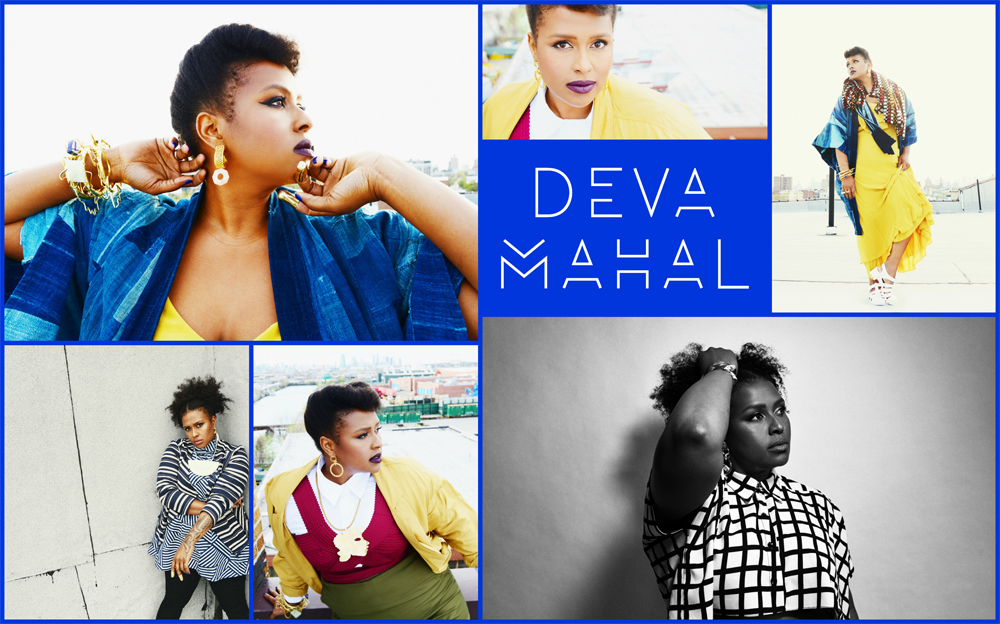 How did Deva end up where she is now?

Deva Mahal, daughter of blues legend Taj Mahal, was born with music in her blood and has forged her own path as a genre-defying artist and powerhouse vocalist. Through her lyrics and equally unique sound, listeners feel her experiences of pain, joy, loss, love and heartache with an emotionally distinctive approach.

She discovered her passion for a music at a young age while growing up in Kauai, Hawaii, and seized every opportunity to perform in front of a crowd. Her first real gig was at age 5 and her professional debut at age 12.  She would later go on to study jazz and vocal performance in New Zealand, where she would make a name for herself on the Wellington music scene.

It wasn’t long before the wider world saw her talent. In 2008 she co-wrote “Never Let You Go” with her father, gaining acclaim on the Grammy-nominated album Maestro. Her boundary-less musical talents have allowed her to collaborate with a wide array of artists, including members of TV on the Radio, Sharon Jones and the Dap Kings, and Fat Freddy’s Drop. She’s performed at renowned venues and festivals, including Sonar, Womad, Carnegie Hall, The Apollo Theatre, the Atlanta Jazz Festival, North Sea Jazz Festival and Montreux Jazz Festival.

Forging her way as a legend in her own making, Deva’s debut album Run Deep proves she is an artist not to be reckoned with, and moves smoothly through various classic tropes – piano balladry, 70s soul, and 80’s-indepted anthem-pop of Wicked. The album even caught the attention of music icon Elton John who played the album on his Beats 1 show.

Reserve your spot now for what is sure to be a spectacular performance! Full Event Schedule.

See her powerful performance and artistic approach in the official video for “Snakes” from Run Deep: